Academy House is a large 19th-century villa overlooking the Bay of Bengal and a significant cultural example of Franco-Tamil architecture in the city. The front portion is French colonial with a grand salon on the first floor. The rear is a traditional Tamil interior arranged around a courtyard with teak wood columns and deep verandahs. The building is structurally robust but increasingly falling into disrepair.

A rear extension ballroom, service wing and carriage house are enclosed within the walled compound hemmed in by the surrounding neighbourhood.

Detailed conditions surveys, structural investigations and feasibility studies have informed the sensitive restoration and adaptive re-use of the property as an education institute.

The proposal sets out the restoration of the main house and its rich Franco-Tamil features. Unsightly later additions are to be removed and the existing gloomy courtyard opened up improving natural lighting and circulation with a new semi-open stair. The grand salon is to house a flexible studio workspace with new offices arranged around the courtyard. Sustainable water, waste and energy installations include a lightweight canopy of solar PVs shading a multi-use roof terrace overlooking the ocean. 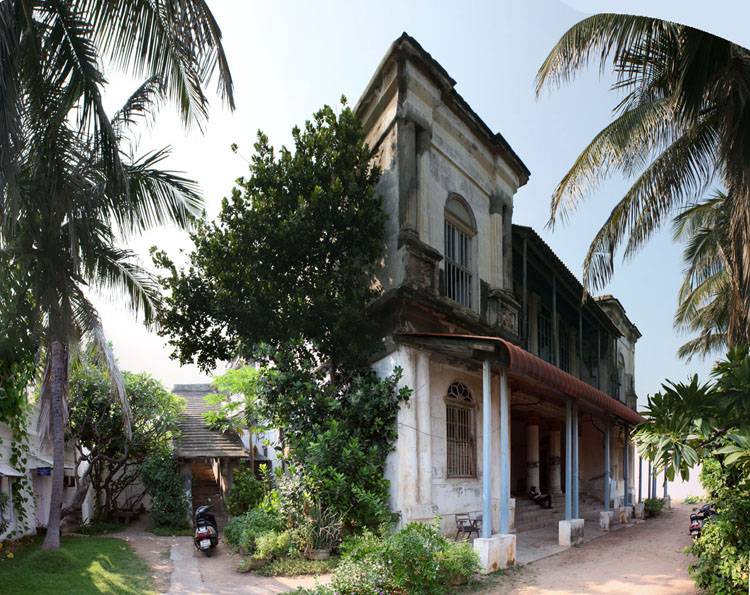 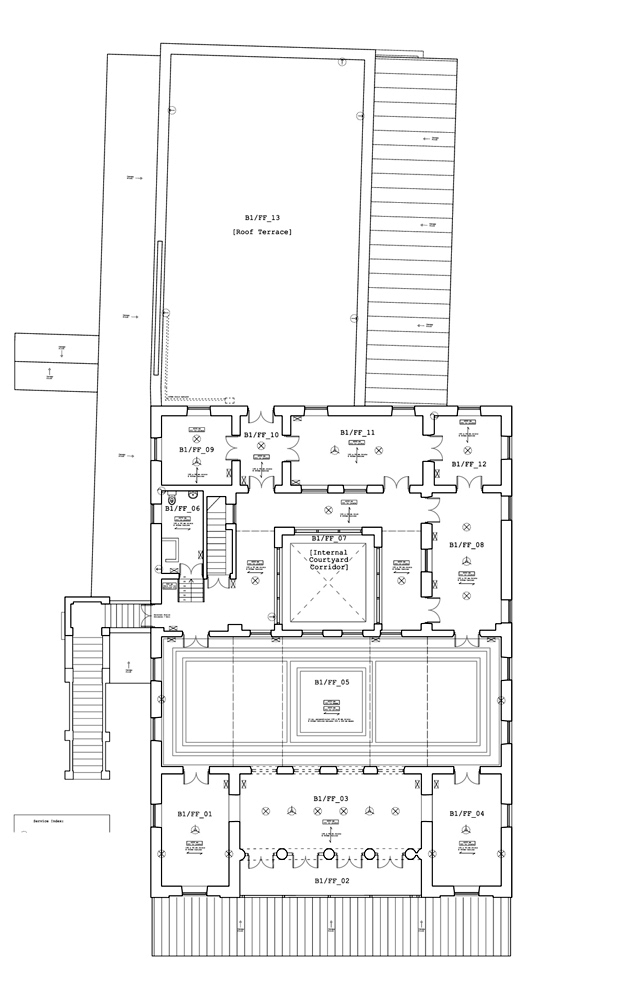 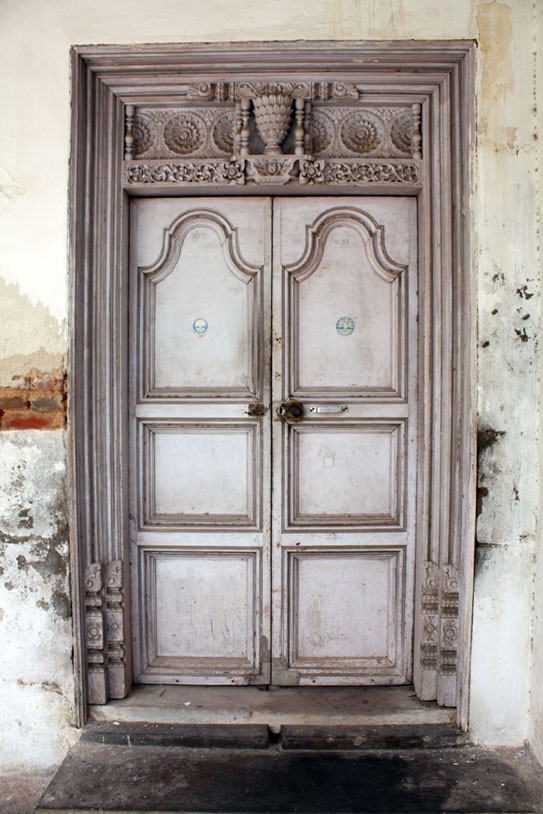 Side entrance: a traditional carved Tamil door leading to the inner courtyard 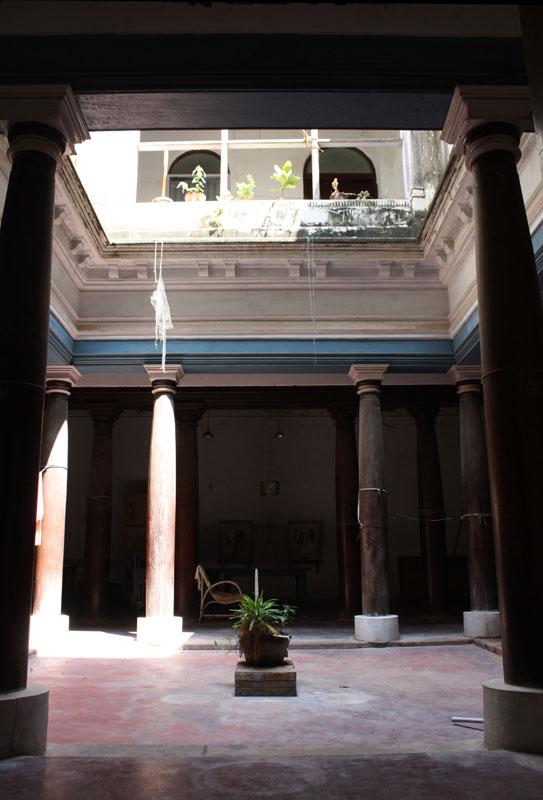 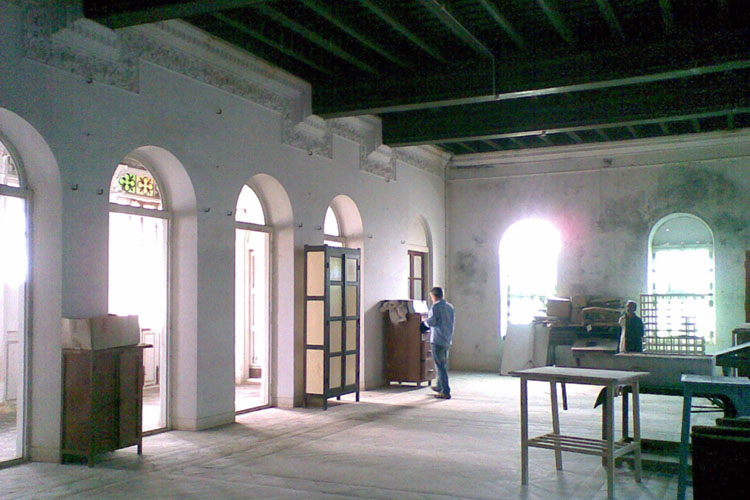 The Grand Salon with massive roof beams in Burma teak 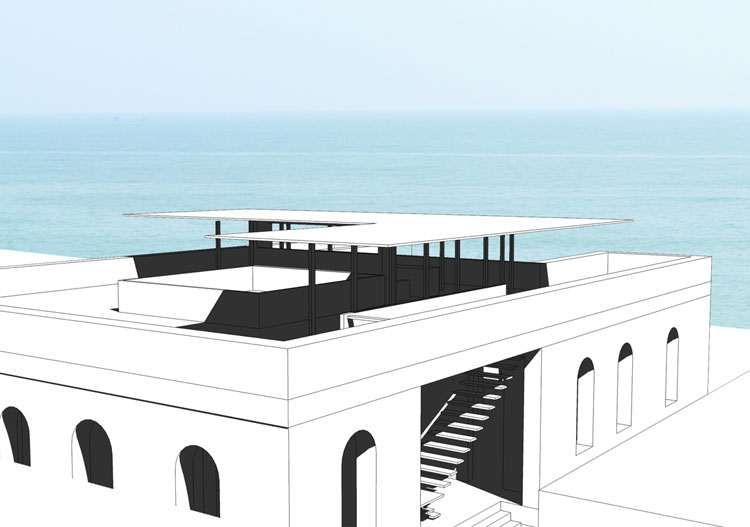